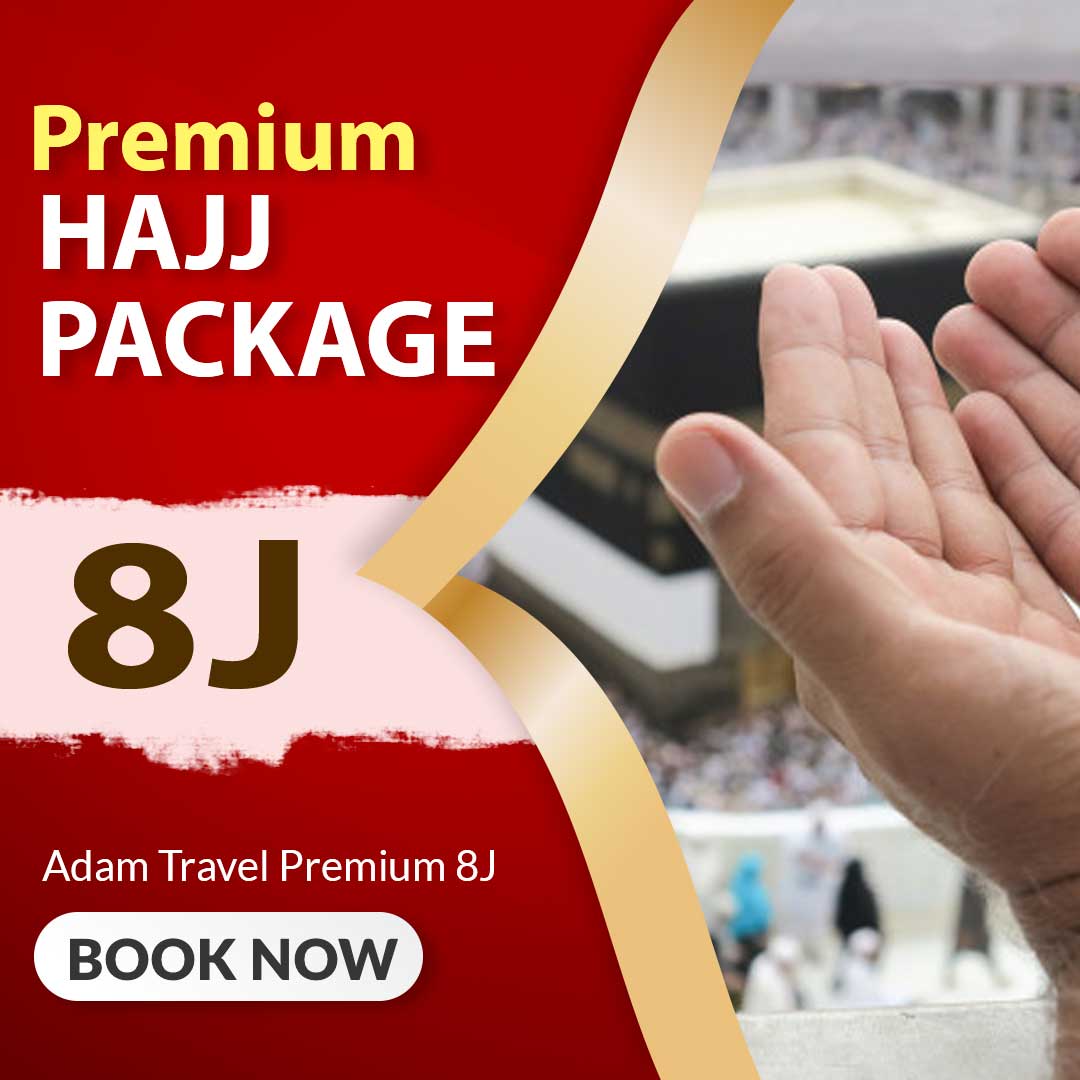 MANASIK Third: (8-12ZH)
➢ Travel: July 29th (8ZH) to Mena in North America tents. Tents are air-conditioned and Sofa beds will be provided. You will have full access to your hotel room during Manasek.
➢ Travel: We offer one transfer between Mena and Makkah if you would like to do Tawaf Alwidah during Eid days. Alternatively, you can do Tawaf Alwidah after the end of the Mena days (10-12ZH). Bus availability is subject to traffic and road closures. This is a complimentary service and pilgrims in severe conditions may be forced to take a taxi to hotel.
➢ Food: Breakfast and dinner box meals will be served at Mena camp (10-12ZH).
➢ Food: One hot meal will be served in Arafat Camp.

MAKKAH Fourth and Final (Aug. 2nd – Aug. 5th) (12ZH – 15ZH)
➢ Accommodation: Enjoy praying at Haram and make Tawaf Widah during this period.
➢ Travel: Prepare for departure to Jeddah according to the schedule of your flight.

Hajj package does not include:
➢ Hajj Service fees to the Unified Offices and Visa processing (about $700 cost).
➢ Cost of zabiha/sacrifice (about $250)
➢ Any additional charges related to stopover to other destinations other than Saudi Arabia

write us a massage